Why you should consider an apprenticeship

Learn all about one of the most underrated paths to a great career. 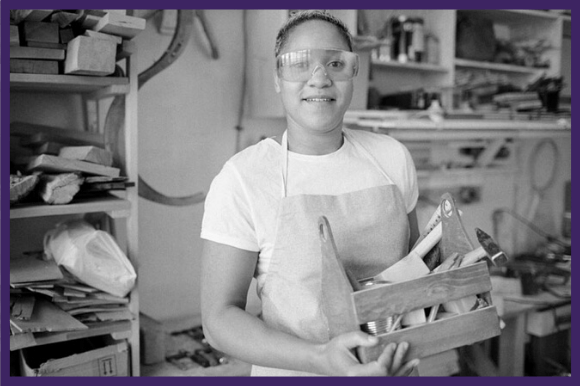 Apprenticeships are becoming available in many industries.

When you add together the fact that college tuitions have become unaffordable for many families and that many businesses are having trouble finding skilled workers, apprenticeships can help solve both problems. The challenge is that many people don’t know that these apprenticeship programs exist, or they believe some misconceptions about them.

The good news is apprenticeships are becoming available in many industries and have strong government and industry support. In fact, in June 2017, President Trump signed the Executive Order “Expanding Apprenticeships in America.”

Here’s what you need to know about becoming an apprentice.

What is an apprenticeship?

The federal government defines an apprenticeship as “an industry-driven, high-quality career pathway where employers can develop and prepare their future workforce, and individuals can obtain paid work experience, classroom instruction, mentorship, and a portable, nationally-recognized credential.”

Or put another way, an apprenticeship is an alternative path to beginning a career in a profession, says Aaron Olson, Chief Operating Officer of AON, which created an apprenticeship program in the Chicago area.

If it sounds too good to be true, it’s because not every company and industry is on board just yet, so you may have to do some digging to find an apprentice program that fits your interest. Monster currently has thousands of listings for an apprentice. Read on to find out some other reasons why you should consider an apprenticeship.

1. It’s an alternative foot in the door without four-year degree debt

Apprenticeship programs are not only free, but you actually also get paid while you’re working through them. Certain programs also fund some schooling or provide credit that you can put toward a degree should you decide to go back to school to finish a degree at some point.

Compare that to attending college and having to borrow money to do so while also not earning any income. The average student loan debt per borrower was $35,359 as of 2019, and the scarier part is that there’s no job guarantee upon graduation.

With an apprenticeship, a person does not have to take on debt, and they can try out an industry while getting a paycheck.

2. You get paid a real salary

According to the U.S. Department of Labor, workers who undergo apprenticeships have an average starting salary of more than $70,000, and earn $300,000 more, on average, than non-apprentices over the course of their careers.

At AON, apprentices are paid as full-time employees with full benefits, and at the completion of the two-year program, they’ll come out with a two-year associate degree. While they are an apprentice, they are paid less since the company is also subsidizing their schooling. “After that, we convert them into a regular employee,” says Olson.

“Being able to start in a career that would otherwise have required a bachelor’s degree is a real benefit,” says Olson.

AON believes so strongly in apprenticeships that it started a network with 26 other companies called the Chicago Apprenticeship Network, and have collectively hired more than 540 apprentices. “That validates that across multiple companies that we understand and believe in these programs,” says Olson. "We’ve legitimized this as a career path."

There’s also a big push at the federal level with more than 1,000 occupations registering apprenticeships with the Department of Labor. And, it’s not only in fields that people typically think of as a traditional apprenticeship, like becoming an electrician or painter. You could train in health care, cybersecurity, information technology, and energy, for example.

Furthermore, apprenticeships aren’t only for recent high school graduates. “When we started in the first year, we expected people right out of high school, but we did find folks further along in their careers who wanted to switch careers," says Olson. "They have been really great for us.”

Apprenticeships could have a positive impact in filling in some of those skills gaps and helping organizations find qualified job candidates.

That’s probably part of the reason why the government is investing heavily in apprenticeships, with a $150 million in grants to support sector-based approaches to expand apprenticeships on a national scale in key industry sectors.

At the company level, it’s a good investment as well. Even though AON doesn’t require that apprentices stay on beyond the two-year period (some apprenticeship programs might), they’ve found that there’s a high retention rate among apprentices, and they stay with the company longer than more traditional hires.

Whether you don’t think college is the right choice for you, you don’t want to take on student loan debt, or you simply want to fast track your start into a new career, researching apprenticeships could prove to be a good move. Could you use some help getting started? Join Monster for free today. As a member, you can upload up to five versions of your resume—each tailored to the types of apprenticeship programs that interest you. Recruiters search Monster every day looking to fill top jobs with qualified candidates, just like you. Additionally, you can get apprenticeship alerts sent directly to your inbox to cut down on time spent looking through ads.